Is this heart rate signature normal? (Or is it a hardware / software / biological bug?)

During the current running season I bought myself a Garmin Forerunner 235 gps watch, which have given me more insights into my running. Before I didn't get statistics of my cadence or heart rate (and was a bit worried that my phone would take damage if it started to rain when out for a run).

Now that I have gathered heart rate statistics for a while, I see a recurring pattern in almost all of my heart rate diagrams. In the beginning of the run the heart rate is rather stable at a value, but suddenly there is a threshold and the heart rate jumps to a stable significantly higher pace. 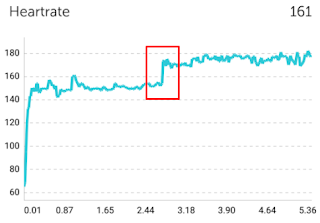 I think it makes perfectly sense that the heart rate increases during running, but I find that steep rise a bit odd and therefore wonder what could cause it. I suspect that my wrist becoming sweaty after a while can play a role in this, but still, I think that wouldn't show up as that steep in the diagram.

This season I mostly have been running 5 km runs and haven't been doing any warm-up before starting running.

Here are other diagrams.

This diagram looks more what I would suspect most of the diagrams would look like, but its kind is rare for me. 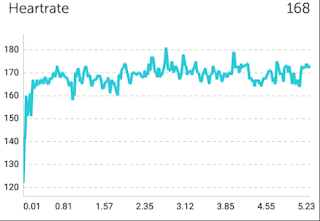 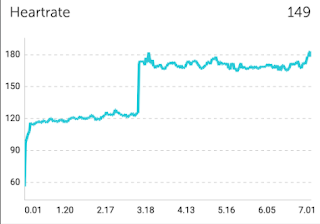 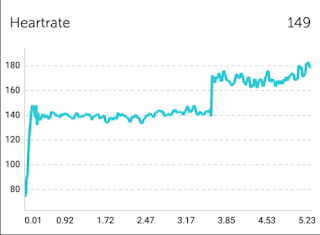 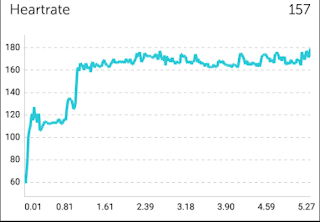 So, it this anything that looks familiar to you? In that case, any idea what causes the steep rise?