"Software" books that make me wanna start my own business

Here's a short list of books that have been mentioned in the developer podcasts I listen to. I've read two of them, and it started an itch, an itch to try start my own business. Really get the thoughts flowing. Maybe it will for you too? 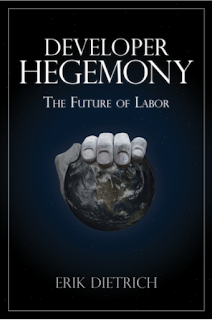 The Future of Labor
Erik Dietrich

Erik explains what he thinks is wrong with software corporate structure. He divides the employees into three categories, pragmatists (the coders that just want to make a living), idealists (the bosses that live the company culture and put in lots of extra hours to become an opportunist, but never will be) and opportunists (company founders/owners) and uses these categories to describe the work life in companies of today. He wants to see a transformation of software creation and proposes people starting their own single-person businesses and join forces when needed. He want us to become something that he calls efficiencers.

He is a guest in these podcasts and talks about his ideas and his book there:
http://developeronfire.com/podcast/episode-228-erik-dietrich-developer-hegemony
https://www.dotnetrocks.com/?show=1438

He's also a guest in this older episode:
http://developeronfire.com/podcast/episode-127-erik-dietrich-options 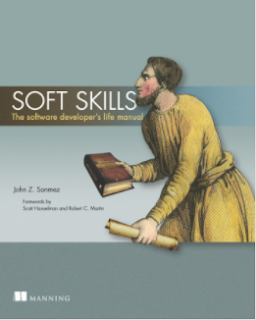 John goes through the important things you as a software developer need to know careerwise. Giving tips about what to think about when working at a company, for starting your own startup, marketing yourself, learning and teaching. 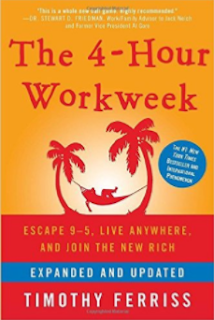 I haven't read this book yet, was just about to, but felt a bit overwhelmed of this "genre" after reading Developer Hegemony. When reading up on it now, it doesn't seem software related either, but my impression is that the tips might fit a developer that are about to start something of his own.

It was interesting listening to him on the podcast anyway (or, well, when searching for the podcast I was sure I had heard him in the first time, I can't no longer find it. He and his book was probably mentioned by some other interesting guest...).

Here is a recording of Scott Hanselmans interview with him anyway.
https://www.hanselminutes.com/70/interview-with-timothy-ferriss-of-the-four-hour-workweek

How to activate the detailed scroll bar in Visual Studio

I haven't been using the detailed scroll bar in Visual Studio much and it probably is more shiny than useful. But still, if you have some screen space to spare, you can as well activate it, because suddenly it might come in handy!

So, what does it really do for you? It shows you the code in the active tab... in the scroll bar!! 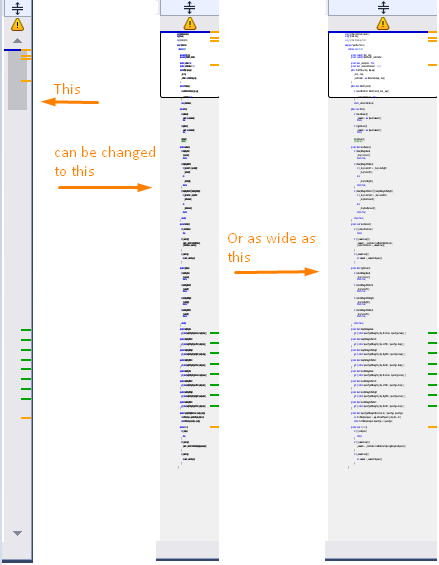 To activate it, goto Tools > Options > Text Editor
To use it for all languages, proceed with All languages > Scroll Bars > Behavior 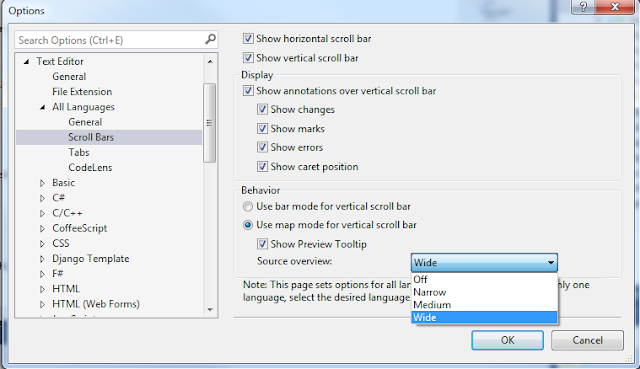 When you want to edit data in a table directly in the table without writing any update queries, you can right-click the table in the SQL Server Management Studio and select "Edit Top 200 Rows" in the menu. 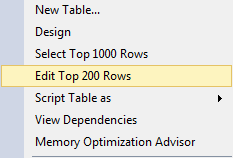 Then you can go from cell to cell and edit the values for the top 200 rows in a view like the one below.

But what if the top 200 rows aren't the rows you want to edit? You would like add a where clause to select the rows you edit. There is a way, when standing in a "Edit Top 200 Rows" view, a few extra icons are added to the toolbar. Locate the one that has the text SQL on it. Click on it to show an SQL pane.

In the SQL pane you can edit the query as you like.

When you're done with the query editing, locate and click on the "Execute SQL" button to update the content in the editable table view.

"Learn Git Branching", the site that finally made me get a grip on git!

Sometimes I feel lucky that the first company I worked for as a software developer was using Subversion instead of SourceSafe. As I remember it, Subversion together with the Windows Explorer integrated Subversion client TortoiseSvn, was pretty easy to learn and felt as a great tool. Sure, there were some gotchas, but still, the learning curve felt pretty flat.

When I moved on, from employment to employment, the companies I came to often used SourceSafe. I could cope with that, because I used Subversion on the side. After many years as a Subversion user, I heard about the greatness of git and tried a few times to get a grip on it... but didn't get it. One of the reasons to that was that as a TortoiseSvn user I thought that TortoiseGit would be almost the same experience. The image below is what you meet when trying to get the source code to your computer, lots of checkboxes I didn't have a clue what they did! 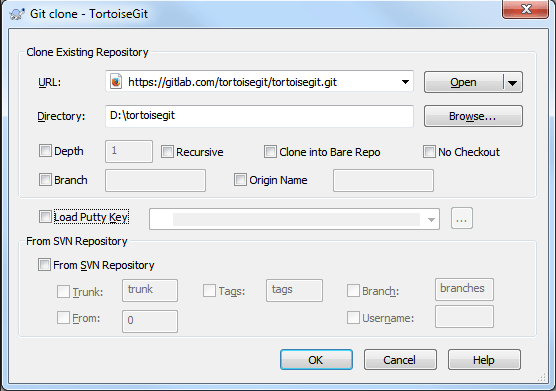 I gave up rather fast, but tried again, and gave up, and so on.

Finally I found the git visual client SourceTree, that was powerful enough to let me do most of the things I needed. Some visual clients was so stripped that it wasn't possible to do anything but the simplest commands. With SourceTree I could finally work with git and began to learn, but the learning curve felt steep, and the fact that I came from Subversion probably made it steeper than if I hadn't had the Subversion thinking. Anyway, now I learned things, but still many things felt really confusing.

One day, I found the site http://learngitbranching.js.org/ Spending some time on that site made a big difference! Suddenly I got a feel for the differences between Subversion and git branches! The two top reasons I find the site so great is that you solve problems using real git commands and that it shows visually what happens with the commits and branches. 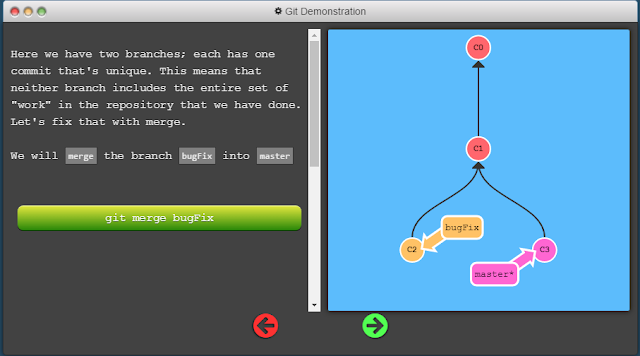 Learning git on my own, using SourceTree and the "Learn Git Branching" site, made it possible for me, on my latest employment, to do the migration of the source code from TFVC to git, set up a branching strategy, and to help my collegues get a quick start with git so they didn't have to take the same long journey as me =)